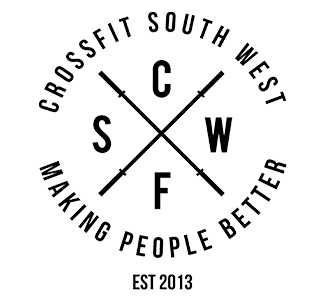 It’s been quite a few years now since CFSW stopped using bands when training pull-up strength.

Originally in CrossFit bands were used for strength sets with pull-ups AND high rep kipping pull-ups in WOD’s. Personally I think it was due to a lack of knowledge in building gymnastics strength. Ignorance is bliss right? Buying bands was far cheaper than buying a ticket to a $1000 gymnastics course. We have seen a huge trend away from bands in the Worldwide CrossFit community. As time has gone on, people have pushed to invest in their knowledge and the athletes are the ones who get to benefit from it!

One major flaw the banded pull-up has is when the athlete is hanging at their arms full length and range of motion, the band is at it’s tightest. To initiate the first pull of the pull-up the athlete needs to develop stronger lats which is done in the hang position with straight arms. A band stops you from developing this strength because the band is at it’s MOST supportive at this part of the movement due to being so stretched. This is true when doing Strict OR Kipping Pull-ups in a band. So why do people find it so hard to transition from a band to non assisted strict pull-ups? Because the athlete never gets the chance to develop the muscles needed to initiate the first part of a pull-up.

Ever since transitioning to using negative pull-ups, ring rows, seated pull-ups, holds, ball ups and lat activations to develop our athletes pulling strength we have seen much faster success in developing pull-up capacity.

We saw one athlete in particular who began with us when we used to use bands, in that time bands were used to assist her in her pull-ups she never achieved one unassisted. She felt like she never would achieve this unicorn. We put her on a gymnastics strength program which involved no bands and was about 20 minutes of work 3 times per week. Within 8 weeks of beginning the program she not only achieved her first un assisted pull-up but got her FIRST BAR MUSCLE UP!

So let’s never talk about bands again. Unless it’s for mobility or small muscle activation exercises 😉